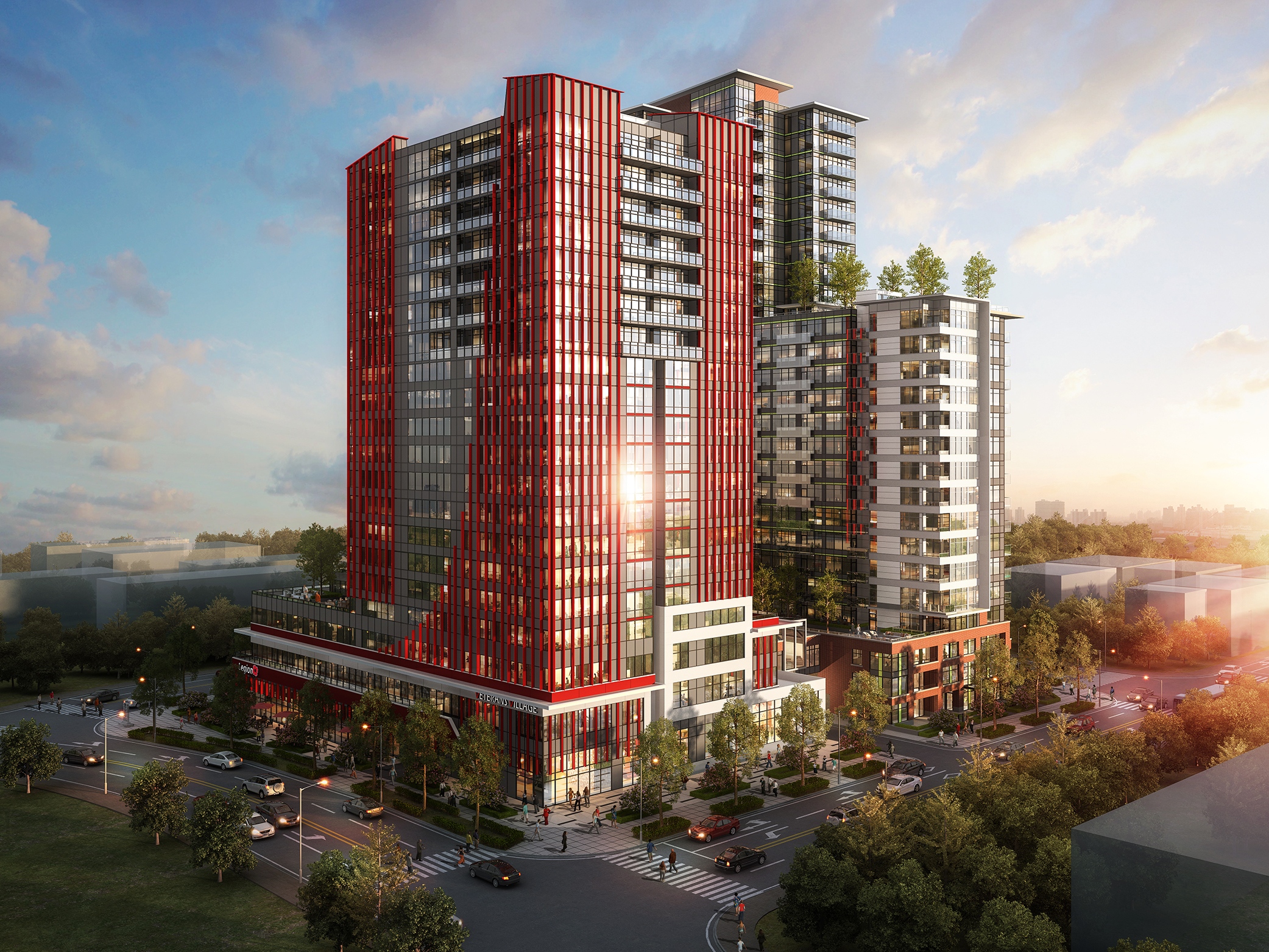 As D-Day ceremonies captured attention June 6, veteran members at two of the 28 Royal Canadian Legion branches in Metro Vancouver were celebrating joint venture real estate deals that will improve facilities and provide a mix of affordable and market housing.

In Surrey, Whalley Legion Branch 229 and the Lark Group broke ground May 23 on the Legion Veterans Village, Canada’s first centre for excellence for veterans and first responders.

The two-phase, $312 million project includes a 20-storey mixed-use building inspired by the forms of the Canadian National Vimy Memorial in France honouring the lives and sacrifices Canadians made during the First World War.

The village will offer clinical rehabilitation services, research and delivery of health-care programs, services and trauma counselling, including for veterans and first responders suffering from post-traumatic stress disorder. It will also feature a new 10,500-square-foot, state-of-the-art facility for legion members, 148 market-housing units and more than 48 affordable-housing units.

Transitional and crisis housing facilities available to veterans, their families and the community are also part of the project.

Its second phase is a new 26-storey building with 325 condominiums. The value generated by the condo sales is expected to help cover the cost of the new veterans housing and treatment facility.

The City of Surrey fast-tracked the project’s application process by deeming it a NEXUS project. Construction on the first phase is expected to reach completion within two years.

The Whalley Legion has moved to temporary premises on King George Highway while the new facility is being built.

Meanwhile, North Burnaby Legion 148 and Beedie are proceeding with a redevelopment that will deliver a new 2,400-square-foot legion facility on the ground floor beneath 39 units of rental housing in a five-storey, mixed-use project.

Beedie is awaiting rezoning for the East Hastings site. Project manager Ali Sarpoushan said that if the rezoning is approved, Beedie plans to start construction later this year on the $30 million development.

Many of B.C.’s 147 Royal Canadian Legion branches are suffering from declining enrolment and falling revenue as the medical and housing needs of their members increase, noted Brian Lutz, a spokesman for the Royal Canadian Legion of BC/Yukon. Some of the legions, however, own land that could be used for development.

“Quite a few [in Metro Vancouver] are in talks with developers,” Lutz said.

Since 1956, the legion in B.C. has provided affordable housing to thousands of veterans and seniors. Today, it operates more than 4,500 units in 70 B.C. facilities with a community investment of approximately $94 million.